Chief Justice Tun Md Raus Sharif and Court of Appeal president Tan Sri Zulkefli Ahmad Makinudin, whose positions were deemed "unconstitutional" by several groups, have sent in their letters of resignation and will vacate their positions on July 31.
In a statement by the Federal Court chief registrar's office on Wednesday (June 13), it was said that Raus and Zulkefli had met with Prime Minister Tun Dr Mahathir Mohamad on May 15 to convey their intent to resign.
Mahathir never met any of you even  until today June 12....  Had a glimpse of you two scumbags at Mahathir Swearing in because you wanted to educate the Bodoh Agong what if Wan Azizah too the PM role instead of Mahathir.  You two Scumbags  Raus & Zulkefli  who is still under Najib- Rosmah money trial will be found out in a matter of time  and should be sent to Jail for Perverting the course of Justice.  you thought Wan zizah Weaklings was PM in case Agong Don't approve Mahathir....This is the Dark Lord you are fighting....even against the might of 9 Sultan + 4 Govenor + UMNO _PAS bangsat Negara IS ISLAM Racist terrorist...they are all brought to kneel!!!

This two Raus & Zulkefli  melayu islam muslim UMNO-PAS Racist terrorist Bigot Supporters scumbags are also the Judges who voted that ALLAH is confusing muslim in West Malaysia but not those in Sabah-Sarawak. The quicker Sabah-Sarawak Sack Malaya the better it will be ....don't delay..this window of Opportunity don't stay open Forever!!  That is enough to tell the then BODOH Agong Sultan Muhammad V how STUPID his Actions of Appointing them and listening to Najib-Rosmah.  Those were the Good times for Agong Sultan Muhammad V....each OK...$5 Million Ringgit in Overseas Bank....like a little dog given some crumbs and bones.  Now this sex maniac and Throne Abuser of Parents in Kelantan and now Malaysia wants to play games with advise from Raja Petra, Sultan Najib-Rosmah Advisor to cut 10% salary which is $1.6 Million and cancel Hari Raya Makan.....Lucky you did that ....no Rakyat Want to attend your Munafiq Islam CRAP and SHAM.   Now you want to show Gullible and Stupid 1%  Melayu UMNO-PAS muslim how holy you are by asking media to take pictures and report your worship of ALLAH and not ALLAH Duit Dedak Korrupsi $$$$.

If I recall, after you asked Najib's- Rosmah UTK to help you ascend to the throne, despite protest from Nik Aziz and Your OWN Father and Mother..... You went ahead and after that....you are repeating the same selling your FAKE Islamic credibility by being seen in mosque, helping the poor and hopefully make rakyat melayu BODOH Sembah you again !@#$%^&*(...Bangsat Betul Agong ini is the correct word to use!!...Frankly Go to HELL Sultan muhammad V with your FAKE Racist IS Islam  terrorist Religion.....  even Nurul Anwar Spit on you and your sexploit!!  Have a read here What Rakyat Allocation to Agong $250 Million for 16 months is used x 9 sultan = Over $1 Billion...Can we have better use of money to Promise to Defend Islam, Jakim, Shariah, POOR Malay, bumiputera, Bible Robbers of Sultan Selangor, Rapist Sultan Pahang, Corruption Receiver of Sultan Berak, Felda Land Robbers of Sultan Johor....etc

Thanks Steayaku47 Beating Raja Petra supporter of Agong-Sultan Hina Allah IS Islam and London IS Islam Muslim Terrorist NGO to Indignity Pulp!!  We don't care what Agong do in their private life....but when you take our blood, sweat and tears money for your ongoing EXISTENCE...you invoke the Allah Curse on you....You will be the Sultan of Malacca in a matter of time.  For 61 Years, your council of Rulers Never Did anything but be a mouth piece of SH*T for UMNO-PAS bangsat negara Brand of idiot Fake Racist terrorist IS Islam...  Now the scumbag Agong dare says you are Light when Malaysia in Darkness...Ptui...Go to Hell and hope you Rot there!!  None of the 9 Rulers did anything to Stop MO1 despite DOJ filing in the courts....You 9 Sultan cum Agong are so Stupid Greedy that you thought you can benefit from UMNO-Bangsat Negara Kelptocratic Reign.  All Council of Rulers are GUILTY for Aiding and Abetting Criminal Acts of Najib-Rosmah-Pas Hadi Fake Islam Racist Terrorist Hadi in the Criminal Enterprise of Robbing from the Crown!!  ALLAH Thousand Curses on ALL you Lot!!  Sultan is NO GOD...Punish them with Man made law in Equal Prejudice...No Mercy!!
“Ampun Tuanku, beribu-ribu ampun, sembah patik harap diampun.” Dengan Tuhan/Allah pun tidak minta ampun macam tu. Dosa yang paling besar yang tidak boleh terampun ialah menduakan Tuhan/Allah"...!! 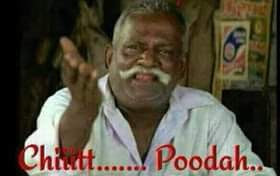 Anwar = Erdogan......Brotherhood of islam......After that Crack down like Erdogan...and set the Dynasty Going to Nurul and other Children.  Mat Sabu for PM is a Better Choice!!...MAKE PM 5 Years MAX and EVERY PARTY in HARAPAN Gets a Chance to be PM...like Rotating Agong....enough Said!!

Abolish Bahasa Membodohkan Melayu 61 Years from ALL Sekolah Kebangsaan, parliament and Judiciary....back to 1957....Back to English...You malays free to improve your Malay but Never Force Your culture and language on others who sees it as RACISM like the Songkok Protocol to see Sultan-agong but some malay like Anwar no need when seeing Sultan Johor...Go to Hell with Discrimination and Racism!!
Posted by bumi-non-malay at 2:28 AM