The SHAM and SCAM of Sultan of Pahang 2019 -Sultan Abdullah Ahmad Shah is the coming Agong.


ALL SULTAN-AGONG UMNO-PAS- BN (BANGSAT NEGARA) ARE DAMAGE GOODS...  STUPID ARE THOSE THAT KEEPS BUYING FROM THIS SCUMBAG SUPPLIER....BE SMART ...REJECT THE LOT!!


Off to a long Break to continue to do my MAT KILAU Work and Obliterate, Demoralise, the IS ISLAM Zakir Naik Brotherhood of Islam UMNO-PAS Bangsat Negara NGO and Scumbags Terrorist Across Malaysia......  BE unknown, unseen, unheard.... 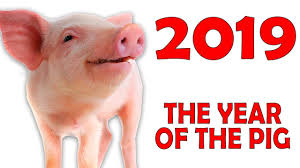 The SHAM and SCAM of Sultan of Pahang 2019 -Sultan Abdullah Ahmad Shah is the coming Agong.  By the way that is not HIS FIRST WIFE EITHER....He is Like Sultan Selangor ......an American too was one of his Wife from distant past of He is Living in SIN / Khalwat and SHARIAH MUFTI MULLAH Taliban IMAN was Blind during the 1980's....Its OK...DO AN UMRAH....ALL EVIL Forgotten and REPEAT ....  No Wonder the Ruling Elites from UMNO-PAS-Sultan-Agong benefited from the TABUNG HAJI PONZI scheme!...  Foreign investor watch out for the Economic and Ringgit Collapse in Malaysia soon....regardless of who is Finance Minister...UNTIL ICERD IS RATIFY, Disksa Prasana Returned to Mrs Gandhi, Sedition act Abolish, Tol repel, English is Medium of Instruction and Shariah/Jakim Abolish together with Racism....Replace by freedom of religion and freedom of AFTER speech!
The sickness UNDER IS ISLAM SHARIAH UMNO-PAS continues......WHO CARES...&WE WORK TOWARDS AGENDA 2020....SACK MALAYA!!......REALISED THE SINGAPORE 2 DREAM EXAMPLE....END THE ISLAM RACIST UMNO PAS PKR BERSATU ARAB MALAY ANTI ICERD TERRORIST REIGN LIKE IS IN SYRIA!!!!! 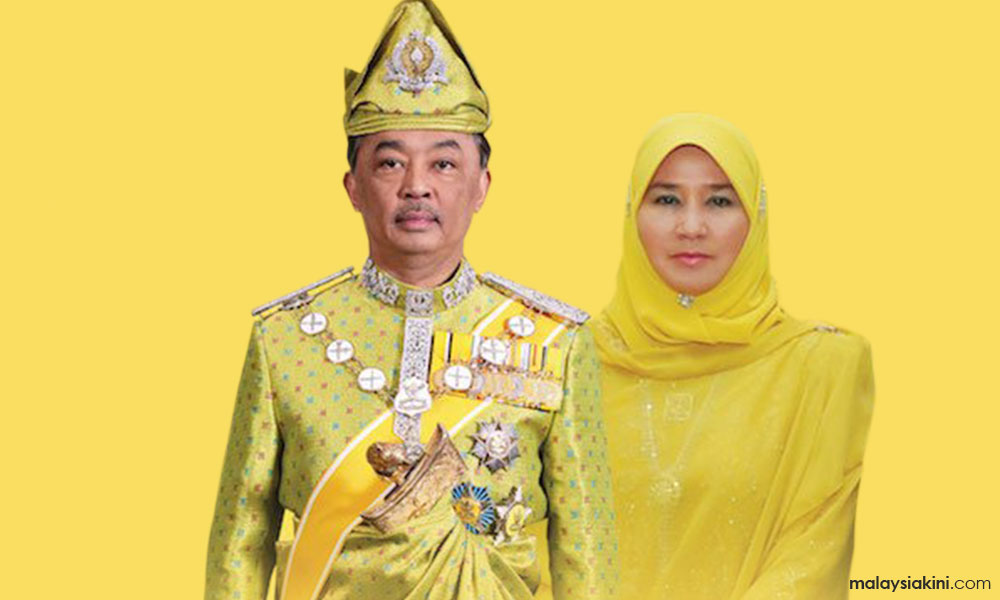 His Sham and Evil is no different to his Rapist Father.  He is just a bit more savvy.  He is also part of the money for Datuk scam and Illegal logging of Orang Asli TImber from Cameron Highland to anywhere in Pahang because the UMNO-PAS alliance is strong and all corruption infested.

The Pahang Sultanate is FAMOUS for the $500,000 for Datuk and when he becomes Agong $1,000,000 - $1.5 Million for Tan Sri and Datuk..... while at the same time Quietly trying to Genocide Orang Asli in Pahang like they are Doing to NON ISLAM ORANG ASLI in KELANTAN by UMNO-PAS again!!!....May Allah Curse Him and HIS ROYAL Household with MANY SICKNESS and STUPID ACTS!!.....Sultan Pahang are in Cahoots with UMNO-PAS Bangsat Negara and Najib is in the Thick of it in 1MDB and Robbing of Tabung Haji Ponzi Scheme!!.

Works are being done to have Tommy Thomas and Richard Malunjan sacked as AG and Chief Justice.....Apparently Najib-Rosmah Pahang connection is going to Give this NEW AGONG  $500 Million Ringgit in Sultan Abdullah Ahmad Shah Overseas Bank Account ....Just like they DID to the LAST Sultan Muhammad V of Kelantan.

Go and count how many gangsters Datuk, scumbags and what not have got their Datuk from the Pahang GREEDY Royalty....even Zahid Hamidi's daughter Dato' Nurulhidayah Ahmad Zahid, 36, is part of the Dato Sham now again married and Supported by Datuk Seri Khalid Mohamad Jiwa dan Datuk Siti Nurhaliza...Yes that UMNO anti Icerd Singer Siti Nurhaliza is part of the AXIS of EVIL of UMNO-PAS Bangsat Negara.....Just BOO HER and BOYCOTT Her Concert.

Of course his link to Najib 1MDB is also STRONG!  These 9 Sultan - Agong Scumbag is now plotting many things that may EXPOSE THEM as being in the TAKE of $ BILLION$ of 1 MDB, Tabung Haji, EPF, Felda Wealth that is Meant for Malaysia Development.

He is the ex FAM president and thinks we Malaysian should thanks him for the 170 world ranking Malaysia Racist Football team have achieved.  No Islam Arab bais run team is ANY GOOD FOR Malaysian.

IF Najib thinks this Coming Agong can FIX Tun Dr M and Harapan and IF Sultan Abdullah Ahmad Shah Handling of Racist FAM on Malaysia Football Team is a GUIDE..........then it will be MANY MORE YEARS OF PAIN FOR MALAYSIAN TO SEE PROGRESS.....and .we will be Laughing at Najib and Rosmah Soon....... as these 1 MDB Scumbags will be Slowly Charged Again after Royal Pardon and Be Charged Again and again after Another Royal Pardon to SPEND MORE TIME IN PRISON.....  THAT WE ARE CERTAIN....  ROYAL PARDON DOES NOT EXONERATE YOU OR YOUR FATHER AS RAPIST, MURDERER, THIEF, ROBBER..........OR ANYONE ELSE FROM BEING CHARGED AGAIN....

AGONG-SULTAN PARDON ARE NOT MADE OF GOD/ALLAH POWER..........WE HIT EVIL AND ROBBERS, MURDERERS, THIEF, RAPIST HARD AGAIN AND AGAIN!!!!!.....WE WILL BATTLE AGONG-SULTAN FOR CONDONING EVIL, RACISM AND TERRORISM TO MALAYSIAN....YOU HAVE BEEN WARNED FAKE SULTANATE!!......  OTHERWISE WHERE IS THE SULTAN OF MALACCA.....AND PARAMESWARA NEVER CONVERTED TO ARAB MALAY ISLAM!!!