Pity the 29% Arab Malay Population of Malaysia....when they realise that Kadazan-Dusun-Iban-Murut-Orang Asli + Chinese and Indians + Bangla + Illegals Malaysian have 71 % of the Population. For a Arab Malay Race that have seen their Ringgit to be like 0.30c Singapore Dollar and yet still have NOT realised that they are the FROGS Being BOILLED IN A WATER JUG FURNACE Deserve the OUTCOME Meant for those who DO NOT JUMP out of the Idiot Religion Islam and ARAB Malay Race Brainwashing!.. ABU AT RANTAU.... Asalkan BUKAN UMNO-PAS Pencuri WANT TABUNG HAJI ALLAH ISLAM MUNAFIQ UMNO-PAS!!

UMNO-PAS Bangsat Negara MUST BE CRUSHED AND DSTROYED IN RANTAU By Election....  We need to TELL THESE UMNO-PAS SCUMBAGS THAT STEALING FROM TABUNG HAJI BY UMNO-PAS BANGSAT NEGARA IS UNACCEPTABLE....TABUNG HAJI ARAB MALAY UMNO-PAS sultan-agong PONZI ISLAM SHAM  SCHEME HAVE COLLAPSE IF NOT FOR HARAPAN!!

Keep up the False Confidence and Fake Sultanate and Threats to Malay Arab Race......because Morons Arab are Afraid of Being Dragged to the streets and taken to the cleaners by their Own Arab Malay racist anti icerd Hungry and angry islam people they so protect........the people who will Drag them out will HAVE ABANDON ISLAM ENMASS and threaten the Elites Sultan - Agong UMNO-PAS - Govenor melayu Arab Bangsat Negara.......

Pity the 29% Arab Malay Population of Malaysia....when they realise that Kadazan-Dusun-Iban-Murut-Orang Asli + Chinese and Indians + Bangla + Illegals  Malaysian have 71 % of the Population. For a Arab Malay Race that have seen their Ringgit to be like 0.30c Singapore Dollar and yet still have NOT realised that they are the FROGS Being BOILLED IN A WATER JUG FURNACE Deserve the OUTCOME Meant for those who DO NOT JUMP out of the Idiot Religion Islam and ARAB Malay Race Brainwashing!..  ABU AT RANTAU.... Asalkan BUKAN UMNO-PAS Pencuri WANT TABUNG HAJI ALLAH ISLAM MUNAFIQ UMNO-PAS!!


ARAB MELAYU UMNO-PAS & AGONG -SULTAN -GOVENOR IS BROTHERHOOD OF ISLAM  BANGSAT NEGARA CONTINUE THE CIRCUS OF DISTRACTION AND WELFARE FOR THE ISLAM ARAB MALAYS UMNO-PAS TO CONTROL THEIR MIND AND LIFE.  Provide Welfare, entertain them with Islam and glories of Fake Sultanate....Threaten them with Great Financial and Moral Loss of Race Dignity Everyday in Surau, Mosque and in Sekolah Agama and Kebangsaan!!

Keep them stupid with Bahasa MalaySIAL - the rubbish useless jobless language of this international world...even China parents and family wants English for their children over Mandarin.....Keep the malays poor and employ them LASt till we find Mrs Gandi Daughter as hindu NOW....If she is married off as Muslim and Islam ....continue Mrs Gandhi Tragedy for the Arab malays to bear for centuries.  Make Malay suffer until Mrs Gandhi leaves this earth....that is the Gandhi Curse on the sultan-agong UMNO-PAS Bangsat Negara!!

Maka ARAB TUDUNG Bearded UMNO-PAS - Zakir Naik Lokman Malay and their Generation to suffer by Hiring them LAST....helping them LAST....and EVEN IF DIKSA Prasana is return in 2019...WAIT 11 YEARS Before hiring or helping the arab tudung UMNO-AS Malay......For one insignificant person suffering...WE MAKE A WHOLE ARAB MALAY UMNO-PAS RACE the opportunity to SUFFER MANY GENERATION and HAVE NOT PITY....  EACH TIME YOU HAVE AN INCH OF PITY the ARAB UMNO-PAS Malays....THINK OF THE SUFFERING IF YOUR DAUGHTER WAS TREATED LIKE MRS GANDHI ...and CARRY ON THE RACIST ACT BECAUSE ARAB MALAYS WANTS RACIST ANTI ICERD THEOLOGY!!....WE GIVE THEM A TASTE OF THEIR OWN MEDICINE!!...


LIARS - Siti Syafika Amira Mohd Rasani, a nurse of six years at the National Heart Institute (IJN)need to wear mask for lying about Adib being bashed...say sorry and apologise to Indians that helped Adib and How much have your Bank Account Grown from Najib-Rosmah-Zahid -Hissamuddin Donation to your account to try to create another Indian Kg Medan Terrorist islam arab melayu murder  Incident??? .....MACC Please Investigate her Evil Intention to Profit from EVIL UMNO-PAS Leaders!!.....takut kerana Salah  and  Datuk Mas Ermieyati Samsudin ex puteri UMNO now Bersatu member are the same Tudung Female Scumbags that Adore Terrorist Zakir Naik and told to LIE to protect Islam and Allah for the Good of Man kind like Prophet did during war.....same like what Arafat did when he Reneg on the Deal with Isreal......  VERY GOOD ISREAL IS BOMBING HAMAS-HEZBOLLAH-IRAN TERRORIST GROUP IN GAZA!!.....  and “To allow the Golan Heights to be controlled by the likes of the Syrian and Iranian regimes would turn a blind eye to the atrocities of the Assad regime and malign and destabilising presence of Iran in the region,”.....Malaysian prefer to migrate to Isreal than to Syria, Pakistan, Bangladesh, Indonesia, Turkey. Saudi Arabia...or to ANY EVER FAILING and Murdering terrorist ISLAM countries. 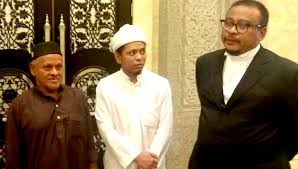 Same Sultan Dr Nazrin Shah -Agong telling Lies about Sultan Muhammed V going on medical leave, then got married then CAUGHT FOR DRUG TRAFFICKING But was give a Reprieve BECAUSE OF DIPLOMATIC IMMUNITY......Sources FROM  MY INTERPOL LEAK INFORMATION.....go ask IGP or any Interpol friends!!


Sultan Nazrin also not the correct descendend to throne....He too supported Maharaja Lela in his slave trade that his ancestors did but was ended by BIRCH....  who WAS MURDERED by the SULTAN OF PERAK.......They too have their own Sirul Altantuya murderer like Najib-Rosmah did when their WEALTH is threaten....TIL TODAY!!  END THE FAKE MURDEROUS  SULTANATE ACROSS MALAYSIA NOW and END CORRUPTION AND FAKE USELESS TITLES GIVEN!!


Same Lies of Sultan Sharafuddin Idris Shah he was not aware bibles was stolen by Jakim, JAIS, MAIS, Shariah Scumbags UMNO-PAS Islamic terrorist Crap and also the Burning and KILLING of the highest Religious school students.....Many Sultan Owned Taliban IS ISLAM Terrorist Religious School Fire   and reports Sultan Selangor owned the one that killed about 25 people    The damaged Darul Quran Ittifaqiyah Tahfiz school building in Keramat....almost half of Christchurch Murder in Mosque.....In Malaysia those Born to Sultanate and golden spoon can Kill, rape, murder, Make Life Stupid and Hard for the very people these Arab malay FAKE Islamic Royalty Scumbags claim to protect... 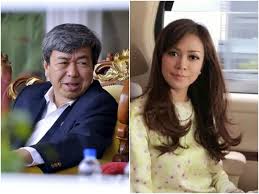 Agong of 2019 Sultan Abdullah  Says when Father was King, he did not Rape the Filipino maid and now have a child in USA.   DO A DNA TEST AND SEE IF THE TRUTH OR LIES.....SCUMBAG LIARS DEFENDER OF ISLAM LIES Sultan cover up cahoots UMNO-PAS Bangsat Negara!!  Now Deals being made by AGONG to PARDON NAJI-ROSMAH Like Anwar Got Pardon!!....Rumours have it that the VALUE Being Discussed is about $500-700 MILLION RINGGIT AFTER CONVICTION!!..... TOO BAD PROCEED OF CRIME WILL BE A NEW LAW ENACTED TO STOP BRIBERY TO AGONG and SULTAN!! 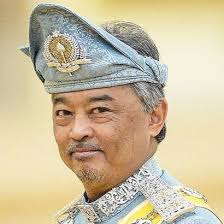 Sultan Ismail of Johor also said FATHER DID NOT KILL GOLF CADDY...Have Pity on the dead man who Could Pronounce TALAK 3 TO THE RECENT DEAD STEP Mother of Sultan of Johor.....Sultan Ismail also Paid a few people to take the BLAME FOR THE RECENT 2019 CHEMICAL SPILL IS PASIR GUDANG.....to the tune of $5-10 Million Ringgit........Yes this Sultan Need to Use Money to Protect HIS FAILING LEGACY and Being HATED BY THE PEOPLE OF JOHOR MALAYS....Yes MALAYS WHO DON'T TUDING and NOT BEARDED HAVE A GUT FULL of this SULTAN AND HIS TMJ FAKE Army TITLE!!......EVEN IN JOHOR !!!!!...No wonder Malays are Leaving Islam and Embracing other Religion Secretly...Go to HELL Jakim, Jis, Mais, Shariah Bodohkan orang Melayu Islam Bangsat Negara!! 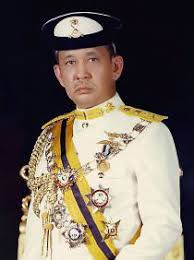 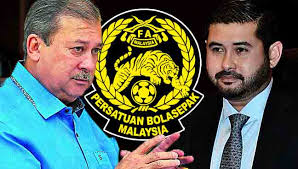 THESE ARE THE 5 Sultans NOW WORKING TO TAKE DOWN TUN DR M and HARAPAN and USHER IN TALIBAN STATE LIKE BRUNEI...>STONING YOU FOR YOUR EVIL...ANWAR IBRAHIM OF PKR SHOULD BE STONED IN BRUNEI!!!

Posted by bumi-non-malay at 1:22 PM No comments:

Most landfills in Johor at full capacity....so use the HUGE Compound of Sultan of Johor in the centre of his Vast Empire and BUILD the Largest and Biggest INCINERATOR So that He and HIS One use plastic Family can Enjoy the Smell and the Toxicity of the Burning in front of his FAKE Allah Sultan Ibrahim House together with his TMJ Nit Wit Racist terrorist Son....supporters of Hamas Hezbollah anti Icerd UMNO-PAS-PKR Untiy of Brotherhood of ISLAM CRAP and SHAM!!

Most landfills in Johor at full capacity....so use the HUGE Compound of Sultan of Johor in the centre of his Vast Empire and BUILD the Largest and Biggest INCINERATOR So that He and HIS One use plastic Family can Enjoy the Smell and the Toxicity of the Burning in front of his FAKE Allah Sultan Ibrahim House together with his TMJ Nit Wit Racist terrorist Son....supporters of Hamas Hezbollah anti Icerd UMNO-PAS-PKR Untiy of Brotherhood of ISLAM CRAP and SHAM!!
Go to Hell those FAKE Islam Peace Rally at Dataran Merdeka Today 23 March 2019.....where the Hell is the Protest and Peace Rally for those Christians Killed by Muslim in Nigeria, by Boko Haram by Kashmir Islamic Taliban Terrorist.......and all those Islamic Atrocities Across the world.....ARAB MALAY ISLAM IS NOW NOT SAFE EVEN IN MALAYSIA....The Air you breath and the water you drink all have 0.000000000001% of Pork and Alcohol in them ....so ROT in HELL anyway....

The Arab Brotherhood of Islam Terrorist of UMNO-PAS-PKR WILL be destroyed by Hunger and poverty......Suffering for the years you make other Race Suffer with your STUPID Bahasa Malayu BODOHKAN Malaysia for 20 Years.....Now you want those pursuing Diploma to Study your STUPID Malay and ISLAM and Moral Culture....GO TO HELL....

ALL ORGANISATION Keep Hiring ALL race EXCEPT the Tudung, Bearded Arab MALAY ISLAM Race of UMNO-PAS-PKR Bangsat Negara........and Other Race keep Applying for Government Jobs to Demoralise and Keep the Malay Ponzi Scheme of Retirement Benefit to Suffer and End.....Malaysia Retirees of Malay Arab Cost Malaysian Tax Payers $39 Billion Ringgit Each year.......Make them suffer in their own Kampung and push them to the Brink of Migrating to Arab Islam Terrorist Nation.

No Islam BIAS Run administration, state or Nation is EVER GOOD.......  IF SINGAPORE IS MALAYSIA Example to COPY ....Malaysia is at 75m and Singapore at 350m in a 400m race.......and only those STUPID Lokman UMNO Supreme Council Thug thinks that is Good.   Thanks for those Video uploaded...EACH of those SCUMBAGS will be Dealt with with GREATER FEROCITY compared to Jamal Jamban and that Sissy gay terrorist lover Reggie Jessy Murtad from Sikh Religion.....


Lokman Noor Adam....  This PIG Face Scumbag WILL taste the same Jamal Jamban Treatment....all his family, relatives and Business will SUFFER Beginning today for Terrorising MU Students....Enough Said of the UMNO-BN - Bangsat Negara.......Scratch his car, Throw rubbish into his Lavish House....He is a hamas-Hezbollah IS Islam and Erdogan Brother hood of Islam Supporter and a Zakir Naik Follower....Make HIM PAY!!..Same Scumbag that KILLED FIREMAN ADIB on his Instruction to those Malay Gansters there to Create an Indian May 13.....Lets SPIT on HIM SOON and ALL HIS BUSINESS!!!


Next time When you see Lokman Father, mother , sister, aunties, and relatives....GIVE THEM A BEAR HUG AROUND THEIR HEAD LIKE THAT PAPAGOMO DID TO SYED SIDDIQ AND DRAG THEM ACROSS THE ROAD WITH VIOLENCE AND TERROR.....AND MAKE A POLICE REPORT THAT YOU ARE PROTECTING THEM FROM CARS...PEOPLE WANTING TO HURT THEM!!.....THESE SCUMBAGS WILL PAY SOONER THAN YOU THINK......EACH ONE WILL LANGUISH LIKE JAMAL JAMBAN......WHEN THEIR DONATION MONEY FROM NAJIB, ROSMAH AND HADI RUN OUT.......AND THESE UMNO-PAS- Sultan-Agong Sponsored Racist terrorist anti ICERD SCUMBAGS ARE GETTING Desperate to change the result of UBAH....ABU....GE14...>WE ALSO DO THAT in RANTAU!!!....UNDI AND VOTE PKR DR STERAM!!
Posted by bumi-non-malay at 8:00 PM No comments: